Italian restaurant chain Carluccio’s will become the first major dining group to offer guests with virtual reality to coincide with the arrival of their most significant menu change since their 1999 launch.

This November, the group will give away over 50,000 pairs of virtual reality glasses across their 100 UK sites. Customers will be directed to the opportunity through flyers and glasses dotted around their restaurants, and by uploading the #360feast video on Carluccio’s YouTube channel on their phones and then inserting their phones into the headset, diners can enjoy a 360° al fresco experience in Taormina, a hilltop town on the east coastline of Sicily.

The brand’s new menu, which has been created alongside Antonio Carluccio, includes over 50 changes that reflect the ever evolving tastes of consumers and complements the rollout of the ‘new generation’ stores and updated brand signatures, which were announced in early 2016.

Two of Carluccio’s ‘new generation’ stores are set to open in Derby’s Intu Centre and West Quay, Southampton, in early November and a further 10 sites will be transformed over the course of the coming year.

“The introduction of a significant menu change, the launch of new generation stores, and updated brand signatures are a monumental step in Carluccio’s evolution. Our approach to eating out has changed dramatically since the inception of the brand 17 years ago and is no longer just about the food. Today, diners are looking for an experience above all else and by embracing new technologies such as VR, we are confident that Carluccio’s will remain as relevant today as the brand was in 1999.” 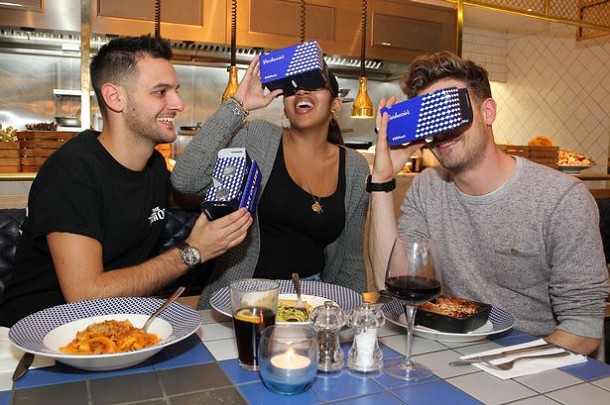