A total of 26 new dishes make up the revamped menu, said to reflect “the UK’s changing tastes and drinking habits.” With the rise of vegan and veggie diners, there's no surprise that of the 26, seven are vegan and four are vegetarian.

The new menu is available in restaurants starting May 14th and also includes five new alcohol-free drinks, which were added after consumer research showed that younger people are drinking less.

“As well as going back to our roots, we continue to offer great choice to our guests with the introduction of new seafood options, spicy dishes, bright fresh salads, new drinks and plenty of interesting options to get everyone excited in the summer months,” Frankie & Benny’s head of food development, Holly Davies, said.

Frankie & Benny's aren't the first to switch things up, with Pret A Manger providing a fresh new take on their menu, Pizza Express unveiling their in-store redesign and Wagamama launching the 'Vegan Egg'. 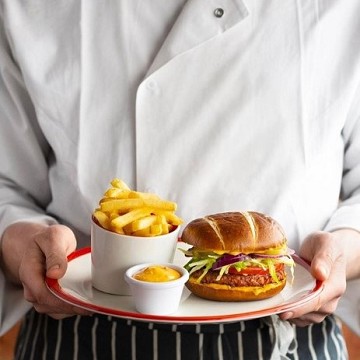