Subway plans to roll out food delivery from more than 500 stores nationwide by the end of the year following a partnership with Just Eat.

The company confirmed last month that it had begun trialling the move, with 31 stores in London, Leeds and Manchester providing delivery for orders placed through the Just Eat app and website.

But the chain intends to ramp that up over the next six months, by which time around 20% of its store estate will be plugged into the Just Eat system.

It means customers will be able to order from the Subway menu at any time of the day, including weekends, for delivery to a location of their choice.

The arrival of Subway follows in the footsteps of other fast food giants, including KFC and Burger King, which both joined Just Eat last year.

Graham Corfield, UK managing director at Just Eat, said: “While the roll-out will begin in three cities initially, we’re adding more and more stores each week and look forward to people across the UK enjoying their signature Subs and cookies.”

Subway runs over 2,500 stores throughout the UK and Ireland, making it the nation’s largest Quick Service Restaurant brand. Globally it operates some 45,000 stores. 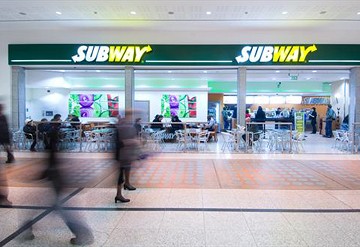