Outsourcing is nothing new to the restaurant business. Think about table linen. The laundry provider comes to pick up the used textiles and replaces them with clean ones. It’s a simple, effective service – and it means there’s one less thing for the manager to worry about in an already hectic restaurant. So, why not apply the same thinking to other restaurant operations? That’s exactly what innovators are doing now, with one particular kitchen process that could be much, much more efficient: dishwashing.

Centralised dishwashing - what makes it work

Centralised dishwashing is not a complicated idea. It’s really all about economies of scale. With massive volume, dishwashing service providers can utilise labour, technology, water and energy more efficiently than individual restaurants.

How it works is even simpler. At the restaurant, you put all your dirty dishes into boxes. Every day, the dishwashing company comes to collect them, and brings back a clean set at the same time. While you may need a bigger inventory of tableware for the daily rotation, outsourcing your dishwashing quickly offsets the investment thanks to leaner kitchen operations and a lower operating cost.

It’s also better for the environment. Typically, dishwashing companies are able to use more water-efficient conveyor dishwashers that can save up to half the water used in the cleaning process, compared with the more conventional systems in restaurants.

Be sustainable - the future starts now

There is an increasing urgency for restaurants in the UK to improve their water efficiency, especially for those in London, as the city will likely face water supply problems within the next 5 years, according to the Greater London Authority. At the same time, consumers are becoming more conscious about the state of restaurant sustainability, as highlighted by recent trends such as the zero-waste movement combating food waste.

There are doubts, too, about whether the conventional ways of running a kitchen are sustainable in our changing world. In 2017, a KPMG study found that 38% of the hospitality workforce in Greater London are EU nationals. Earlier this year, UKHospitality warned that, with significantly reduced migration expected following Brexit and record high employment levels in the UK, restaurants may soon face serious difficulties in filling vacancies. That will undoubtedly put more pressure on restaurants that are trying to maintain an in-house dishwashing operation.

Amidst the likely labour shortage, costs are projected to go up. The minimum wage is set to increase by 6.2% in April 2020, and is expected to continue surging in the coming years, to £10.50 per hour by 2024.

Colin Lee, CEO of Wobotic, said: “With the economic and environmental challenges on the horizon, the time is now for the hospitality sector to change and be more sustainable, both financially and environmentally. Technology and centralised dishwashing can help restaurants take a huge step in that direction.”

The new decade promises to be a challenging but exciting chapter ahead for the UK hospitality sector, and centralised dishwashing may well mark the start of the next big wave of change. 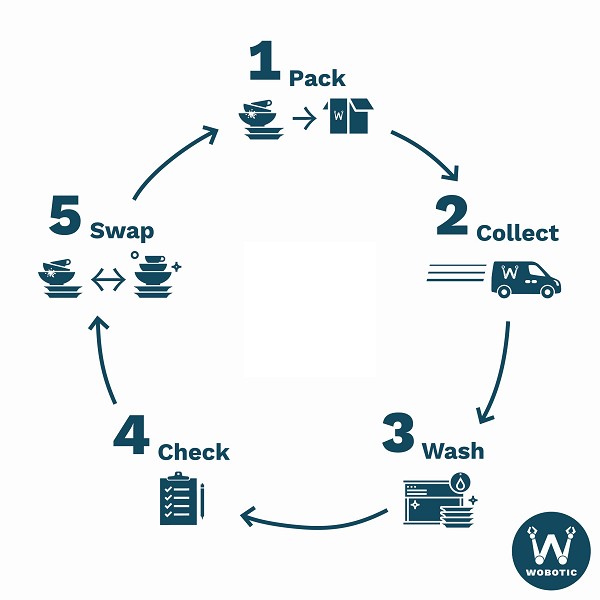 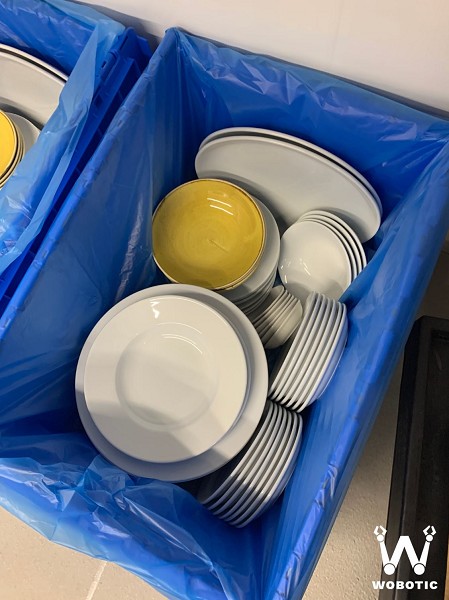 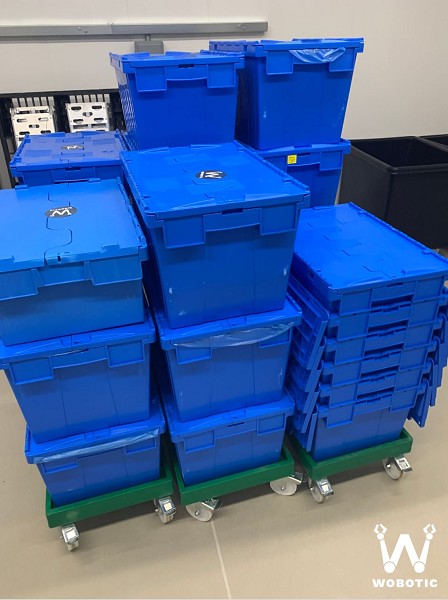